A Project for Smartphone People

Here’s a little thing I’ve been working on; if you’re a fan of physical keyboards on smartphones, read on.

I’m an Android fan, and I get a lot of good use out of my smartphone (though it’s no replacement for a laptop).  For the past two years I’ve been using a Samsung Epic 4G; it’s still a good phone, but my upgrade is coming.  Yet there’s a problem. The big, most prominent feature you’ll notice is the slide-out keyboard; it’s what made me settle on it when choosing a phone.  Sadly, the trend of including physical keyboards on Android phones is in decline; the only current model that offers one from Sprint is the Moto Photon Q . . . with a non-removeable battery and a 480p screen.  Not worth the low resolution and inability to swap batteries just for a keyboard.

I settled on the Galaxy S3.

The first thing you’ll notice the lack of a keyboard.  On the other hand, it’s the best phone on the market today.  If I get it, it’ll still be useful and snappy two years from now, maybe longer.  So what to do?

Well, for a while, aftermarket case makers have been making Bluetooth slider cases for the iPhone.

And it’s a great idea.  The only hitch?  They don’t make one for Android phones.  What to do? 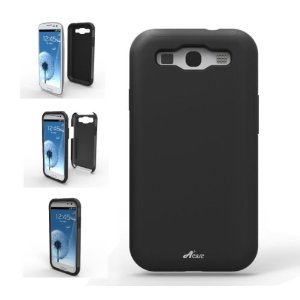 For one, they’re cheap, about $10.  For another, they’re easy to remove from the phone if you want.  Lastly, you won’t damage your phone and void your warranty.  I like the ones with the inner silicon layer; it’ll keep the modification from scratching your phone.

The next thing you’ll need is a little pricier (around $50 new), but worth it: the Nuu K1.

Why this one?  Two reasons.  The first is it’s properly QWERTY spaced, unlike most of the others.  The second is this: 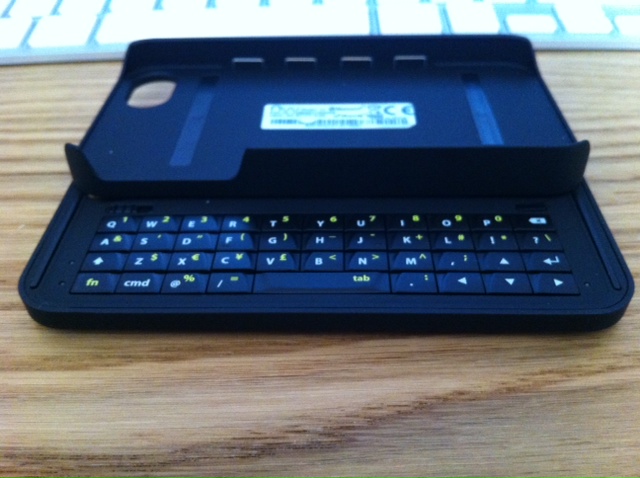 Look carefully: there are two thin, flat strips on the area where the iPhone clips in.  Those are stickers, and underneath them are six Phillips head screws.  This is the only unit I’ve seen so far like this, but by removing those six screws allows you to seperate the iPhone part from the keyboard and rails.

The process from there is very simple: remove the screws to disassemble the unit.  (CAUTION: This will void the warranty on the Nuu K1.)  From there, you’ll need a power drill and a small bit, like the kind Dremel offers. 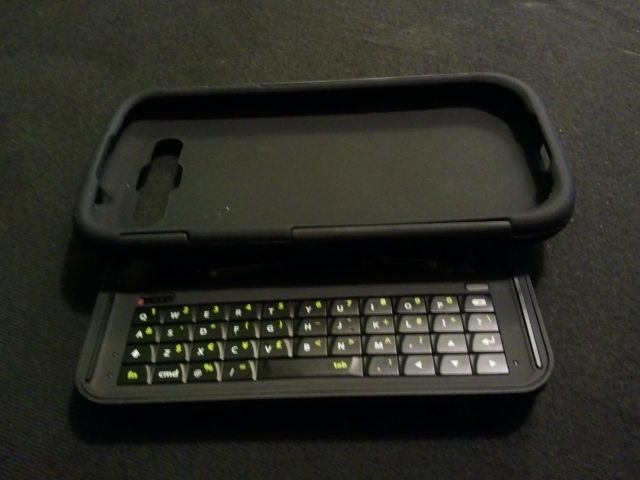 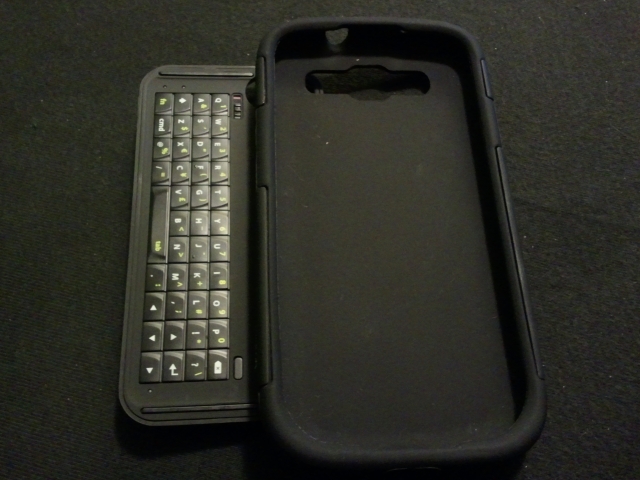 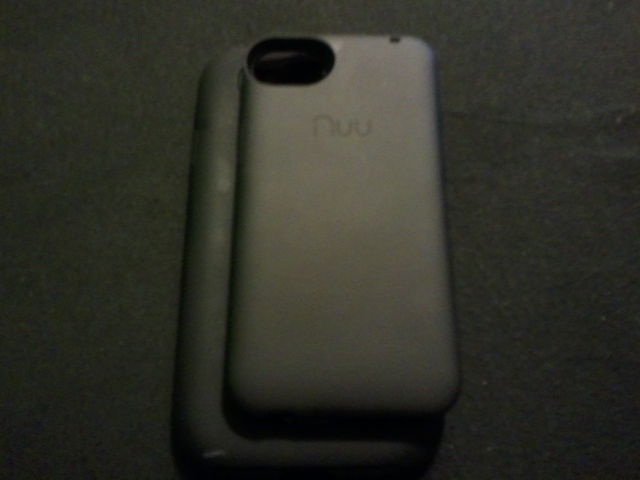 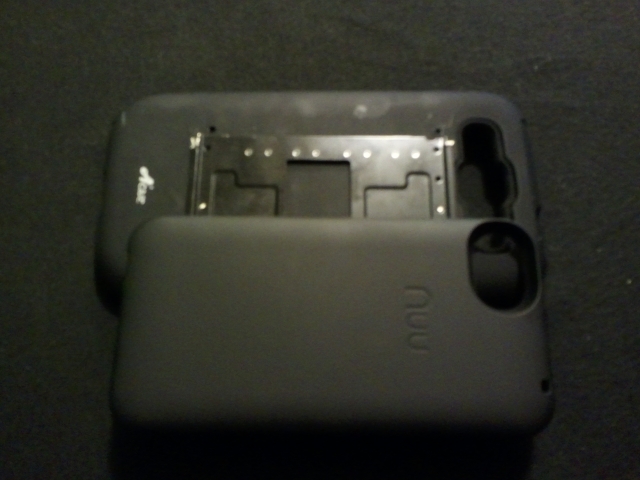 The results were moderately a success.  On the up side, it slides in and out securely and snaps into place.  It works and connects via Bluetooth with no problems.  There are some nagging downsides, though.  It adds weight and thickness, it doesn’t completely line up with the new phone, and lining up the hole for the camera is a little tricky and imprecise.

On the whole, however: if you want a physical keyboard for your non-iPhone phone, this is a simple, workable solution that doesn’t take a lot of work or ability to assemble.  A bonus is because the case is detachable, the keyboard is as well, making it easy to store when you don’t exactly need a keyboard on hand.

There you go.  Hope it helps!